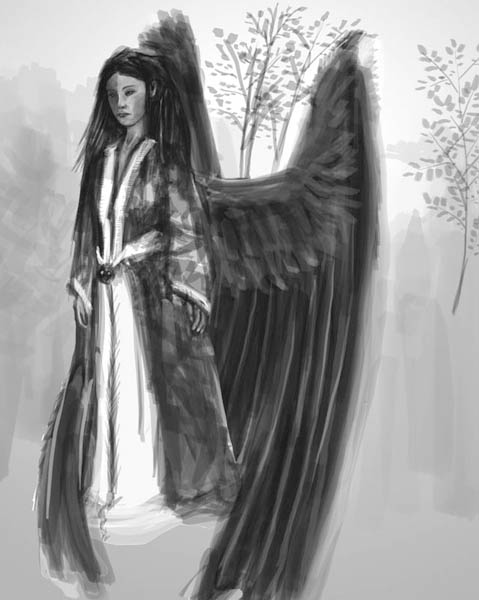 An attempt at an Oriental angel.

A friend requested I make her face appear like a certain pornstar's, and so I drew upon it for the features, but in all truth the result thus far does not resemble her much. It was an attempt at a popular technique - first creating a detailed drawing in only black and white and then adding colors later. The focus would thus be on light, shading, details.. Unfortunately, it still remains unfinished.